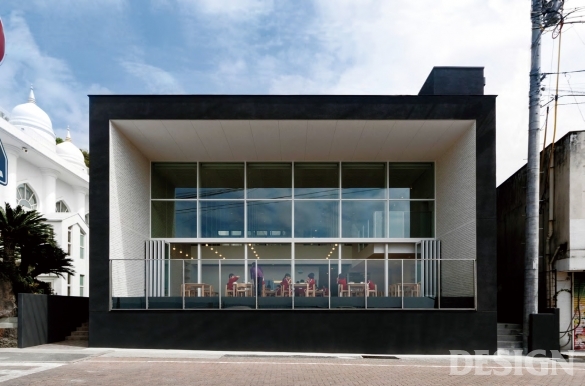 Joan Myers-Levy is a marketing professor at the University of Minnesota’s Carson School of Management. Over the years, her research has proven how ceiling height can influence or create an advantage associated with one’s power of creative thinking and concentration. By extension, this shows how building structures can affect a person’s cognitive ability. How, then, does it affect children when they play?

Located in an area which follows a rias coastline, the OB Kindergarten and Nursery has a beautiful view of the sea that is set against a mountain backdrop. The floor-to-ceiling windows command an expansive view, while an open-type ceiling and rooftop terrace bring nature to the indoors, allowing children to feel the power of nature inside, whether sunlight, clouds, rain, wind or storms.

Another important feature here is that it was designed to maximize physical activity for kids. With children in this area lacking much opportunity for physical activity in the past, many became obese and so an immediate solution was called for. The answer that the architecture firm HIBINO SEKKEI + Youji no Shiro(hibinosekkei.com) came up with was a rooftop terrace that opened towards the sea, making it feel as if you were floating on the water. It also made it easy for children to jump around. On top of providing long, narrow stairs for children, there’s a loft that one gets to by using ropes and climbing bars and which ultimately leads to the terrace. The movement necessary to get around improves physical strength.

Another special feature of the terrace is that it was designed as two decks, reflecting the region’s geographical feature of a 12-meter-long steep slide. The interior used different materials for the flooring, slides, and stairs to let children feel the rises and falls of the landform. Even without any specific play equipment per se, normal kindergarten activities are a part of playing, allowing children to expend energy, develop heightened motor skills, better balance, and greater self-control. In fact, several months after they completed renovations at OB Kindergarten, experts compared the average amount of physical activity that 4- and 5-year-olds took part in at this kindergarten to three neighboring kindergartens, and found that kids at OB Kindergarten outperformed the other three. It’s not clear if the open-type ceiling and decked-terrace were the key factors or not, but it’s undeniable that the high ceilings gave children more room to move about freely and in more agreeable surrounding conditions. 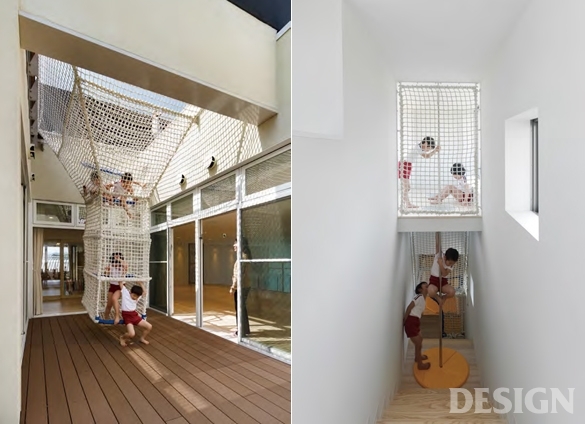 A climbing pole and nets lead up to the rooftop terrace. 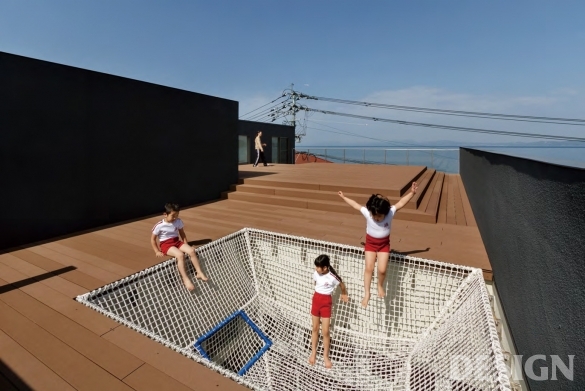 A play net on the rooftop terrace.

Since its establishment 44 years ago, HIBINO SEKKEI + Youji no Shiro has carried out roughly 350 kindergarten projects in Japan. As the Japanese architecture firm’s name Youji no Shiro (literally, “a castle for children”) suggests, the company has its own architectural philosophy concerning buildings for young kids. The key point was to dismantle the borderline between the indoors and outdoors. This is not only true for OB Kindergarten, but for all the projects the company has worked on, which have open, nature-friendly structures.

Completed the same year as OB Kindergarten, Dai-ichi Kindergarten in Kumamoto prefecture features a retractable roof at its main hall, allowing children to feel changes in the weather and the seasons. When it rains, they can splash around on the rooftop. When it snows, they can ride sleds or go skating. Kids here are literally in touch with and playing in nature. This gives children the chance to experience nature with all their senses as they play outside, whether it’s cold or hot, windy or humid. HIBINO SEKKEI + Youji no Shiro knew that many children these days lack the opportunity of “five-sense play,” so they wanted to suggest an alternative solution, one with innovative designs for kindergartens, where young kids spend most of the day. 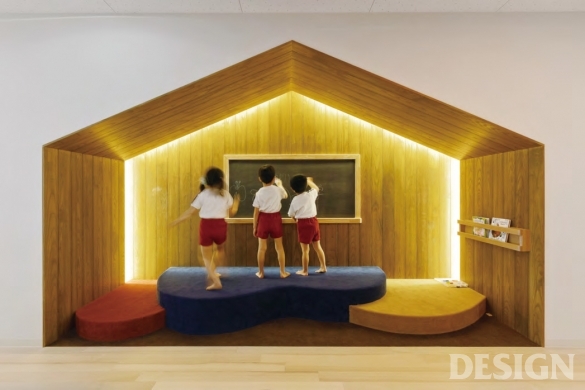 The interior design does not separate the areas between playing and learning. 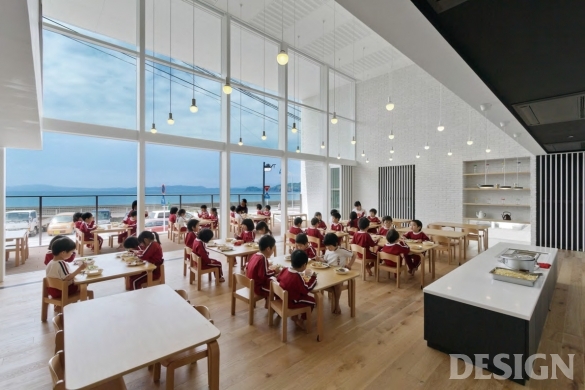 The dining terrace faces the dining atrium on one side and the sea on the other. 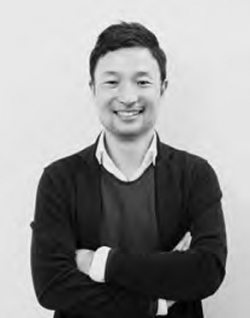 “  I try not to provide too many solutions
within my designs for kids.  ”

What was the prime concern of the OB Kindergarten project?

Kids in that area lacked much opportunity to be active and as a result were becoming obese. We wanted children to be more physically active and develop their motor skills as part of their everyday lives. The dining room was placed on a terrace in an open main hall, which helped address the unbalanced diet issue as well. By dining with an expansive ocean view in a relaxed atmosphere, kids were more interested in eating and so their diet became healthier. Whenever we design the hardware, we always take into consideration the effects and benefits of such designs. In other words, hardware can affect software.

OB Kindergarten is special in that it doesn’t separate the learning and playing areas. What was your intention for this multi-functionality?

We’re only concerned about how our designs can help children grow in a healthier way. We believe this is possible only when kids can concentrate on something, whether it’s learning or playing. One thing we take extra care with is that we try not to add too many answers in our design for kids. That is, we leave our design purpose and intention open to children so that they can figure out the usage themselves and find new ways of utilizing something. There are times we’re surprised to learn that kids have actually added new functions to the facilities several years after we completed them. They make full use of the facilities beyond our intended usage. These findings thrill us so much that we keep records of these cases for following projects.

What for you is the most important element in architecture for children?

Architecture and design concepts vary by location, history, culture, client needs, and context. For instance, today’s children are much less active than kids 30 years ago, and one of the reasons may be the invention of computer games or limited outdoor activities in regions adjacent to nuclear power plants. That’s exactly why we focus our projects on how to maximize children’s activity. Hence, design concepts change with the times.

Kindergartens are for learning and playing. What’s the challenge in finding a balance between these two purposes?

Separating or integrating spaces for learning and playing depends on specific issues. Kids can learn from playing and they can also find the same joy when playing as they learn. While children do have an infinite amount of creativity, it’s best to divide the spaces in a kindergarten by theme or activity, rather than by purpose—either learning or playing. After all, design should increase the degree of freedom related to a structure’s usage and space so that it can be easily changed according to a child’s actions.

You also design furniture and other items that can be used to play with. What’s the most important design policy when it comes to these things?

The equipment kids play with shouldn’t hinder the diversity of their activities. If certain play equipment has only one use, kids will quickly become bored because they can’t adapt it for another use or uses. When designing play equipment, we don’t worry about anyone getting slightly injured. On the contrary, kids can learn a lot from minor injuries. Thus, it’s important that our designs do not unnecessarily overprotect children.