Monthly Design & Design House History Design Goes On!
In 2021, Monthly Design celebrates its 45th anniversary. From the point of view that this periodical started at a time when the term ‘applied art’ was more colloquial than ‘design’ it is astonishing that it has endured to an era where ‘design’ is used even superfluously. Looking back at how Monthly Design has grown amidst all this change, we touch upon a few landmark moments for both the magazine and its publishing company, Design House. Enjoy a brief glimpse into this archive of Korean design: as it was, how it is currently, and continues to develop. 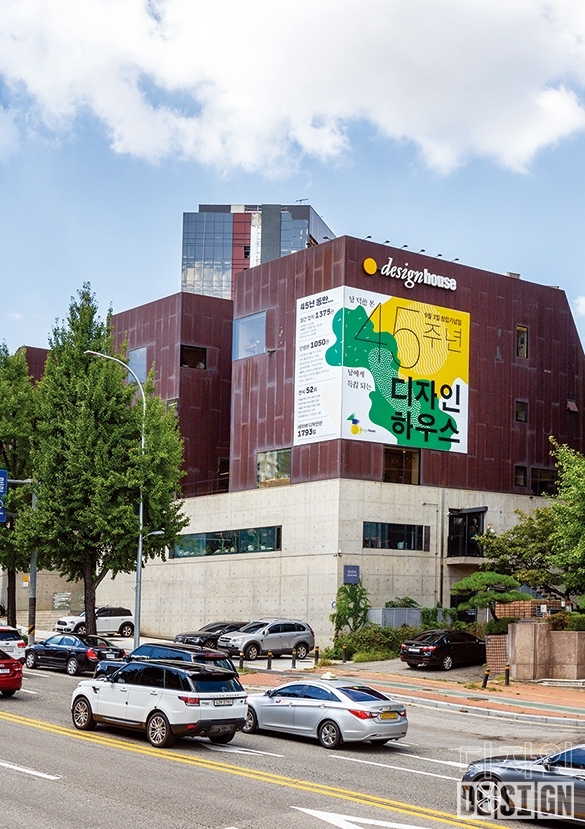 A History of Mastheads: “Korean, English and Back Again” 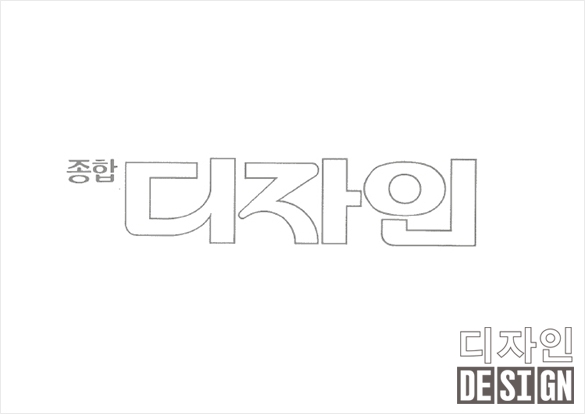 “The only design magazine in Korea”. As lofty as that statement sounds, it was true then and also meant that there was a mission to introduce a relatively unknown field to a wider audience. To do that, the masthead was designed to reflect the trend of the times when letters were outlined and given character. 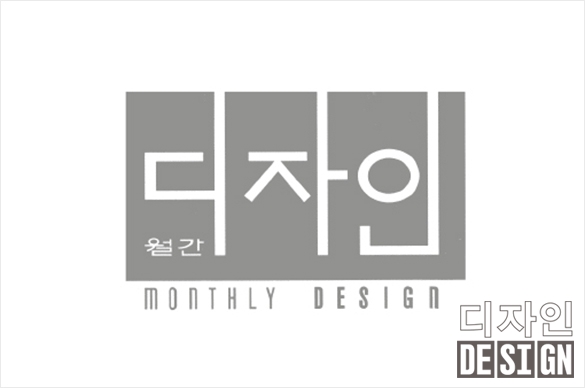 This is the first masthead done in English rather than Korean. Almost all elements have been redesigned at the point where readers meet: such as titles, visuals, and text. In the late 1980s, overseas travel was on the boom and the English language craze was exploding. 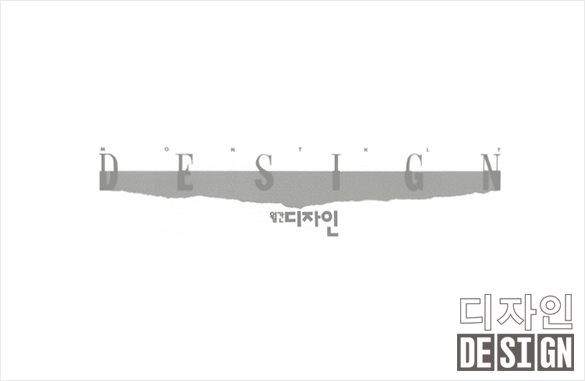 From the perspective of ‘our shared culture and design will soon be globalized’, the masthead was again changed to Hangul. The vowels extending upward hinting at a strong pillar or foundation. 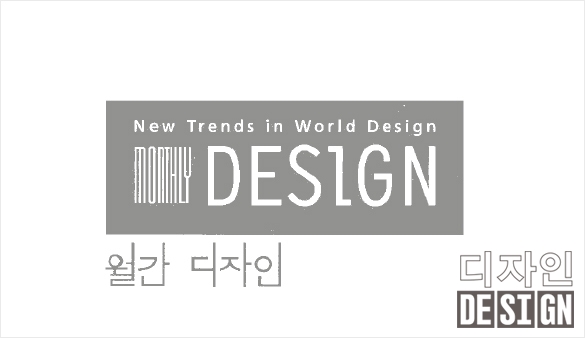 The English masthead was revived with the slogan ‘New Trends in World Design’. At that time, the title was placed smaller compared to the cover area of ​​the magazine, but the strategy was to focus on the overall image of the cover rather than the masthead.

The masthead was designed in English, but also in Korean. The ‘d’ in ‘design’ was altered (inverted) from the Korean ‘디’. 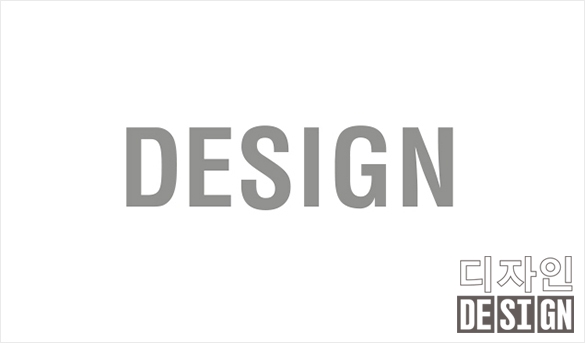 This is the longest running masthead except for the first designed by Kim, Jinpyeong in the 1980s. The color of the box with the catchphrase 'Combination of art and business' can be varied to match the cover visuals. The use of Univers bold adds a sense of confidence and history.

This masthead was from the renewal project that had been underway since August of the previous year. The typeface Friz Quadrata was used. 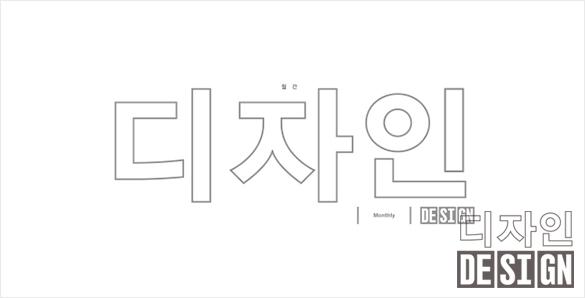 Prof. Jinpyeong Kim's title design used from 1980 to 1992 was the starting point for this redesign. It was treated as an outline, but was finished with a more neutral and image logotype. The English title was divided into three syllables alluding to the periodical’s Korean roots. 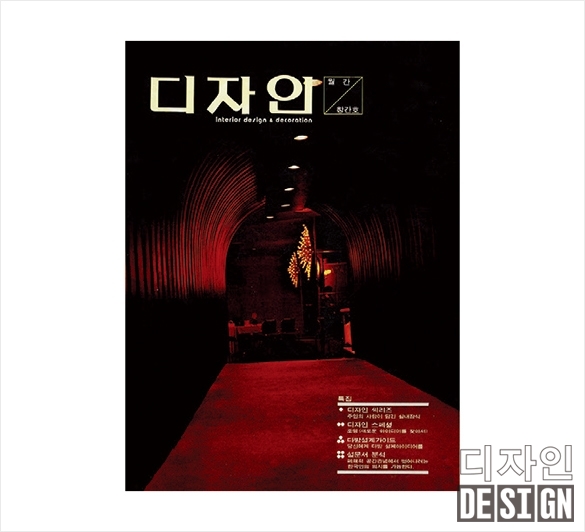 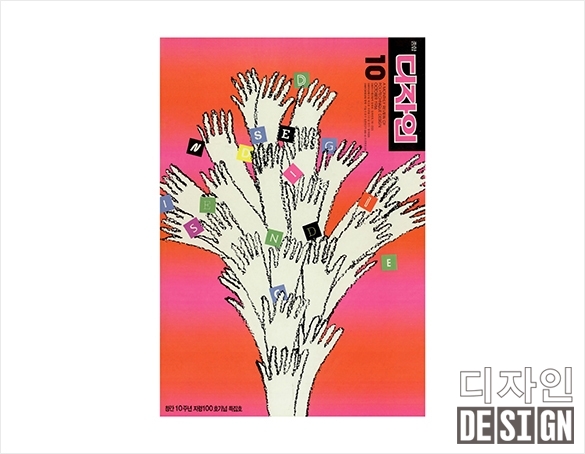 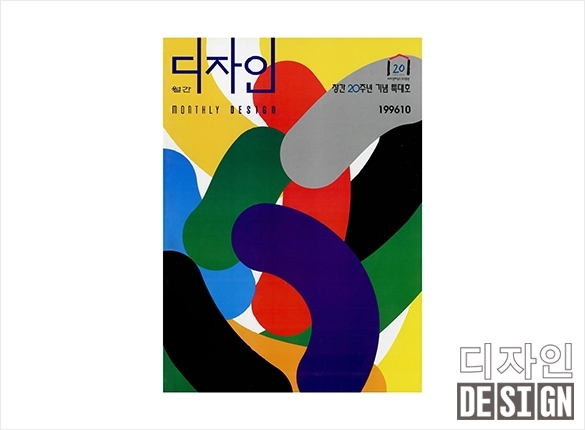 The first Seoul Design Festival. The theme of ‘exhibiting contents in magazines’ drew the attention of many designers. The exhibition was held at the Seoul Arts Center, but has since moved to COEX. The photo is the Monthly Design pavilion in 2018 'Design moving backwards to the future: Young Retro'. 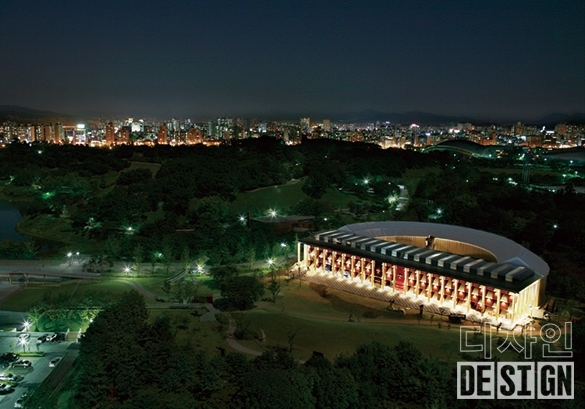 To commemorate the 30th anniversary of the founding of Design House (publisher of Monthly Design), the Papertainer Museum was opened in Olympic Park. This architectural project designed by Shigeru Ban created a sensation at the time using only paper and containers. 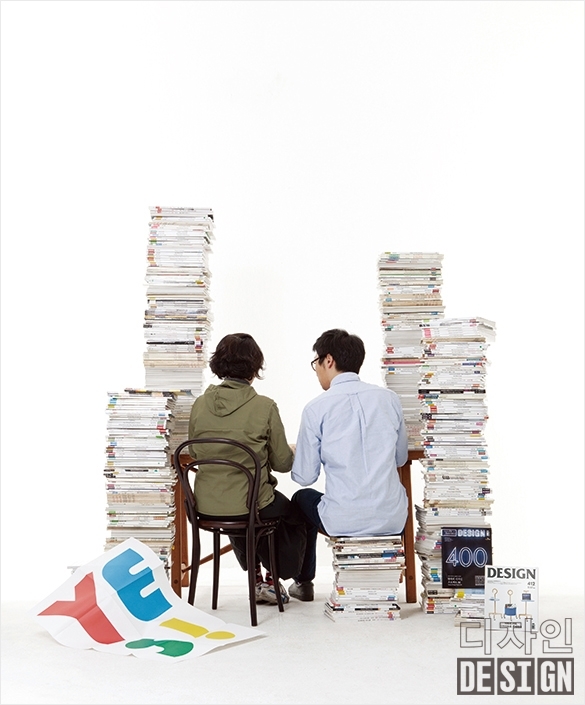 The digital library was opened on October 10th. All subscribers can access the entire archive of Monthly Design. You can see the legitimacy of the media that has been archiving the history of Korean design since 1976.

The 400th issue to commemorate the 35th anniversary.

Design house relocation. The building was designed by architect Seung Hyo-sang in 2000 and was awarded the Korea Architects Association Award and Kim Su-geun Culture Award. 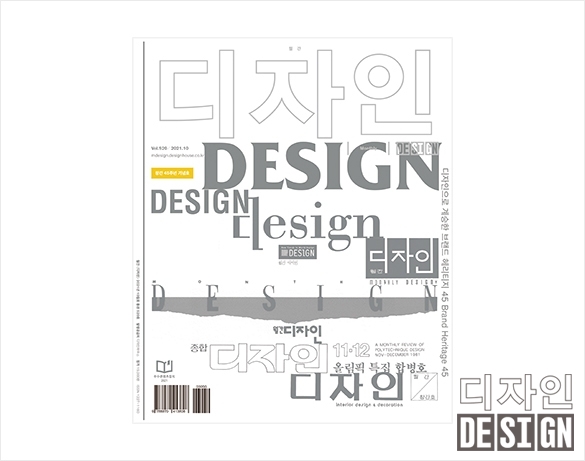 *This article was translated by Fritz Park co-founder of PanChan, a content platform with a focus on the art, culture, and design of South Korea. panchan.co